How Sensitive Should We Be In Life And While Watching Movies? 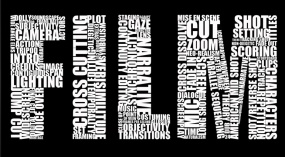 You what word I can’t stand today?  It’s the word “woke.”  Former President Barack Obama stated his opinion where telling someone s/he did something wrong is not activism or brings about change.  People are way too much on Twitter and whatever other social media platform they use to tell others to “get woke.”  Please spare me this 21st century stupidity.  There are better ways to educate and bring about change.

I know there are movies that would never be made today because of racially charged subject matter that you can’t include and if you do, there are risks.  A scene where a student shoots up a school comes to mind or a person passing for another race unless it is tied to something historical such as when light skinned slaves passed as “whites.”  Rush Hour was recently on TV and my roommate said this movie could never be made today.  I responded probably not although it seems Rush Hour 4 is still in the development stage.

This brings me to a question of what makes a movie culturally acceptable and what turns people away?  Are critics and viewers accurate when they say such and such movie is an abomination and an embarrassment to different cultures?  Most of us know the stereotypes in movies whether they are dramas, comedies, thrillers, and westerns, but would you still watch them if given the chance?  Do you think differently about them now given you’ve been reminded or still not care about the implications it has for some?  It’s a heavy loaded question, I know.

Maybe the purpose of this blog is this: not get so bogged down in labels and where we fit along the spectrum, step back a little bit and realize not every square object needs to be placed into a square hole and not every round object needs to be round all the time.  In other words, sometimes you have to grab tape or glue and attach additional pieces on to it to become a triangle or some other shape to resemble another.  It goes hand in hand where a hole in a wall place gains more attraction, the more intrigue and popular it becomes.  If a place has become so exclusive where only a certain type of people can enter, what is the fun in that except for those few who live for exclusivity.  There are some positives to general stereotypes but many common ones result from faulty translation over time.

I wonder about how “woke” people will become where even something that was harmless becomes offensive.  An example is people identifying only as male or female and believe in the binary gender spectrum.  The sex and gender platform has increased tenfold since 20 years ago.  Trust me the word “cisgender” did not exist when I was in school in the mid to late 1990s.  It’s good to be socially conscious and aware, but relating this to movies, does this mean all comedy movies are in good taste in Hollywood?  Absolutely not because there are some really bad ones for many reasons (effortless jokes, weak plot line, using stereotypes as a crutch instead of enhancement).  There are others that range from good to great despite these stereotypes.

Movies will never get away from angering critics and viewers because of the wide range of people.  The fact remains while certain thoughts are outdated to many people, these same thoughts still exist in some form or another on every continent. People are comfortable with what they know and believe.  Not every person is going to think Chris Tucker or Margaret Cho is funny.  Some movies have social and political messages.  Some are blatant and others have more finesse.  Some movies are purely entertainment with little subtext.  With this in mind, here’s a handful of movies that probably the studios wouldn’t touch if the scripts crossed their desks by today’s standards.  They are in no particular order and I would watch some of these again and others not a chance. 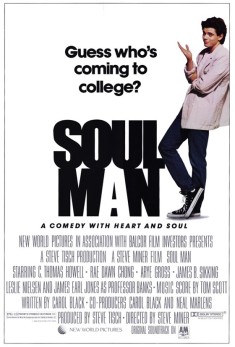 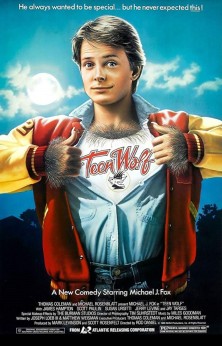 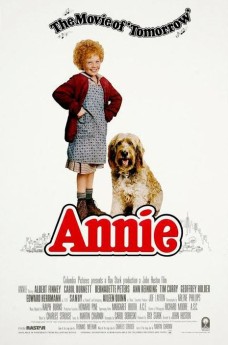 Soul Man (1986) is about a white high school student wanting to attend Harvard.  He obviously isn’t street smart and thinks by posing as a black person will help him get funding to maintain his rich lifestyle.  It isn’t hard to see why this movie would turn off viewers.  A student who thinks he’s entitled to have all the money owed to him.  That alone would turn off viewers.  FYI Ralph Macchio turned down the role of Mark Watson.  I don’t remember feeling uncomfortable watching it with my friend as it was her movie.

I wouldn’t watch this again because this is a see it once kind of movie.

Teen Wolf (1985) is about a high school student who loves basketball and is a werewolf.  The issue with this movie is the negative references of being gay.  The word gay goes back to the 1100s and meant being excited and exuberant.  But in the last 100 years especially, it took additional meanings.  FYI Michael J. Fox didn’t want to return for the sequel as he thought it was a terrible movie.

I wouldn’t watch this again as much as I love Michael J. Fox, but I like my werewolves scarier and there’s nothing wrong with being gay.

Annie (1982) is where Carol Burnett and Tim Curry shines, but Punjab’s secrecy and mysticism fall into the hands of stereotypical attributes.  Call it laziness or disinterest, but the writers couldn’t come up with a better name for Daddy Warbucks’ bodyguard?  He was played by a Trinidadian actor that was 6 feet, 6 inches tall so they could’ve played off his height.  FYI Drew Barrymore auditioned for the role of Annie.

I would watch this again even though some might have a bone to pick with the way Ms. Hannigan is portrayed and the lack of diversity. 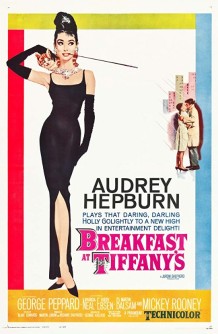 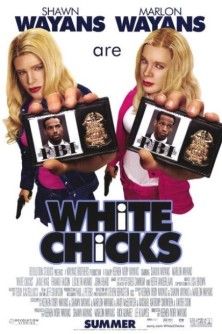 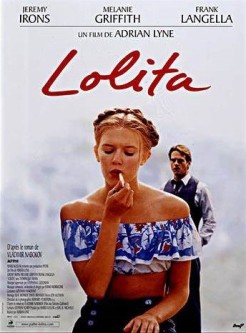 Breakfast at Tiffany’s (1961) makes it pretty clear the stereotype of the Asian character mispronouncing words.  It reminds me of Miss. Swan from MadTV.  Because in some Asian languages, the L and R are exchanged because they are similar to each other, it leaves others to decide how comedic it is.  FYI Shirley MacLaine turned down the role of Holly Golightly.

I would watch this again despite Mickey Rooney’s terrible rendition of an Asian man.

White Chicks (2004) is bad because the Wayans brothers look so bad.  In their natural elements with the faces they were born with, they are good looking guys.  But they have so much makeup and whatever else plastered on their faces, it looks like plastic surgery gone awry.  Did I have issue with them posing as White cops?  No.  Are they making fun of White sorority girl stereotype?   Yes.  It’s supposed to be a comedy, but it falls short on the humor.  FYI script was originally going to be a comical remake of Gone with the Wind.

I wouldn’t watch this again because I’ve seen it twice and both times it wasn’t all that funny although you get to see a young Jennifer Carpenter.

Lolita (1997) is about an older man falling in love with a teenage girl.  This type of thing is called inappropriate by many and Humbert’s relationship is twisted and full of power imbalance.  Without getting hysterical about the possibilities of this happening, it’s a movie that educates others about men with bad intentions.  A person only has to look to the news for similar stories.  These relationships exist.  The most notable one I will never be able to wrap my head around is the relationship between Vili Fualaau and Mary Kay Letourneau (now divorced).  FYI Dominque Swain beat out 2,500 other actresses for the role of Lolita.

I would watch this again and age difference is a weird thing when it comes to relationships. 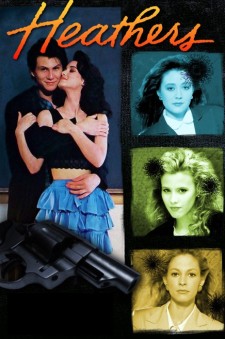 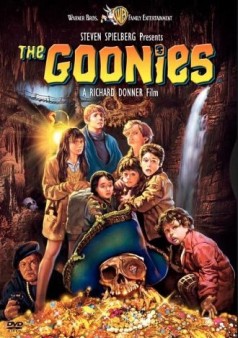 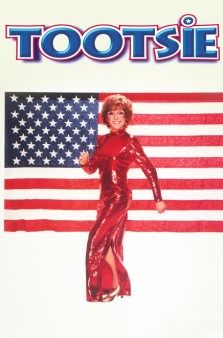 Heathers (1988) is about drinking drain cleaner, teenage cliques, depression and suicide because of rejection.  This is 11 years before two students in Colorado shot up their school called Columbine.  Teenage angst is a part of growing up, but some deal with it better than others.  Most of the time, it doesn’t lead to school shootings but it’s better to be prepared than not.  While I would never want to go back to high school, I find some movies about it interesting to watch including this one.  FYI Brad Pitt auditioned for the role that went to Christian Slater.

I would watch this again just to see how young the actors look in it.  The same goes for Jawbreaker, which is a similar plot.

The Goonies (1985) falls into the trap of the Asian stereotype where Data is the one you go to when wishing won’t work.  The contraptions he carries on his trench coat equals geek and highly intelligent.  Yes, he has an accent but the fact remains there are Asian kids who love science and are smart as well as any other kid out there.  You can even say this movie makes fun of fat children because it does.  Kids can be so cruel.  FYI One-Eyed Willy’s skull is real bone.

I would watch this again because I like seeing Josh Brolin ride around on a little girl’s bike and watching Chunk (nice fat shaming name) interact with Sloth.

Tootsie (1982) has a similar premise to Soul Man except it deals with cheating the system to get ahead because being a man is such a difficult thing to be according to Michael Dorsey.  Don’t get me wrong, there’s suffering in every corner of the world, but I don’t think as a man you’d get much sympathy crying wolf today as in the past.  There are many poor white men suffering, but good discussion is necessary because white male privilege does exist.  FYI Sydney Pollack wanted the actors and actresses to see the characters as dramatic ones in a funny situation.

I would watch this again because I love Dustin Hoffman as an actor and there’s more content in this compared to others I’ve seen.

← Quotes from a U.S. Passport
More You Know: Crime Around the World →