Quote from Mission: Impossible – Fallout by August Walker: “How many times has Hunt’s government betrayed him, disavowed him, cast him aside?  How long before a man like that has had enough.” 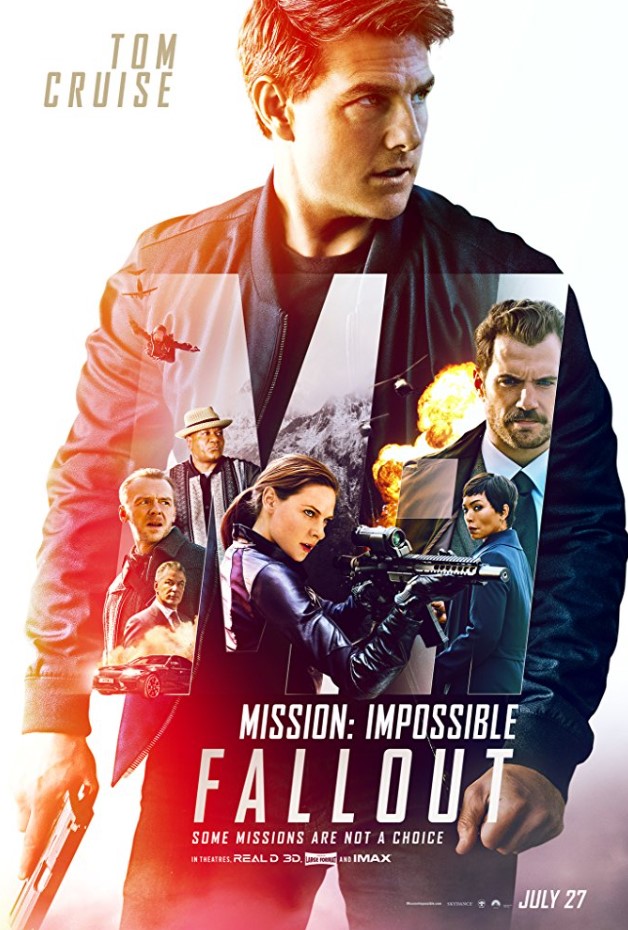 The Impossible is Possible

Tom Cruise has never shied away from doing his own stunts, and the six installment of Mission: Impossible is no exception.  The pacing was good and everything that happened was for a reason.  There wasn’t any time I thought, jeez, you could’ve cut that out because it didn’t contribute anything to the movie.  It opened up with a major problem, increasing in its tension along the way, and finished with a bang.  It was nothing but pure entertainment that successfully delivered in action, thrills, and adventure.

The People Behind the Screen

Mission: Impossible – Fallout was written and directed by Christopher McQuarrie and based off the television series written by Bruce Geller.  This story follows Ethan Hunt and his trusted co-workers as they chase their way after plutonium to save the world from destruction.  It’s produced by Tom Cruise, Christopher McQuarrie, Jake Myers, and J.J. Abrams under the direction of Skydance Media, TC Productions, and Bad Robot Productions.  The distributor is Paramount Pictures and was released on July 27, 2018.  The budget was around $178 million and so far has grossed around $366 million worldwide.  The main cast includes Tom Cruise as Ethan Hunt, Ving Rhames as Luther Stickell, Simon Pegg as Benji Dunn, Henry Cavill as August Walker, and Rebecca Ferguson as Ilsa Faust.  It also stars Alec Baldwin, Angela Bassett, Michelle Monaghan, Vanessa Kirby, and Sean Harris.  The MPAA rating is PG-13 for violence, intense action sequences, and briefly strong language.  It has a running time of 1 hour and 47 minutes.

Mission: Impossible – Fallout begins with yet another mission for Ethan Hunt and his crew.  This time he has to capture stolen plutonium so it doesn’t get into the wrong hands.  Things don’t go as planned, which sends Ethan, Luther, and Benji into a cat and mouse chase in cars, helicopters, and motorcycles after the deadly radioactive chemical element.  The problem remains that none of the good guys know who stole the plutonium.  They devise a plan in the hopes of outsmarting the bad guys and going as far as needed to protect the innocent.  Insert, August Walker who is introduced to Ethan Hunt and his team by the CIA Director.  This sets up some of the great stunts of the two C’s: Cruise and Cavill as the movie progresses.  Insert also, The White Widow who shows Ethan she is worth her weight even though he has a fair amount of skepticism about her plan, but he really wants that plutonium.  It leaves him little choice but to do what is asked of him, and with the help of Walker, he secures what is asked.  Everything seems to be going as planned until someone betrays him, and Ethan now has no choice but to follow the antagonist along with wondering why Ilsa, an ex MI6 agent, is so invested in this.  Everyone rushes from London to Kashmir for different reasons where the movie finishes with more chases, fights, and weapons.

It goes without saying it takes a lot of pre-planning to make this kind of movie.  I’m continually amazed that the five to ten minutes you see takes months of training, and in this case a year for the High Altitude Low Opening stunt done by Cruise.  It isn’t just the physical fitness actors/actresses need to complete their scenes effectively, but you also need to look good while doing them.  No amount of makeup or CGI will make a person’s unflattering expression flattering.  Okay, maybe it will, but the director probably wants someone who can keep their expression in check.  Yes, Tom Cruise is showing his age a bit.  He should, but there is no denying he can still run fast and look good while doing it.  There are pitfalls during every filming process so when things go wrong, it can be catastrophic and production stops.  Or, you can keep going until you are forced to stop, but start-up again when the time is right again.  See, a fractured ankle can work in someone’s favor.  Tom Cruise is a challenge seeker, and the success of this movie will encourage him to star and produce another one.  See, everyone wins.

Everything Must Come to an End

I would recommend this movie not only for its action sequences, but for its decent story.  I can forgive the lack of fine tooth combing of the dialogue because no one sounds prim and proper when you’re running after or fighting someone.  Some of the dialogue is cartoonish and cheesy, but I expected this.  The serious lines are delivered just fine.  You might grumble about the lack of reasons for why a character did or did not do something, but it doesn’t detract that much from the movie.  It is suitable for teens and adults and as I’ve come to realize more these days even for babies.

Mission: Impossible -Fallout gets four fingers and one thumb at 96% 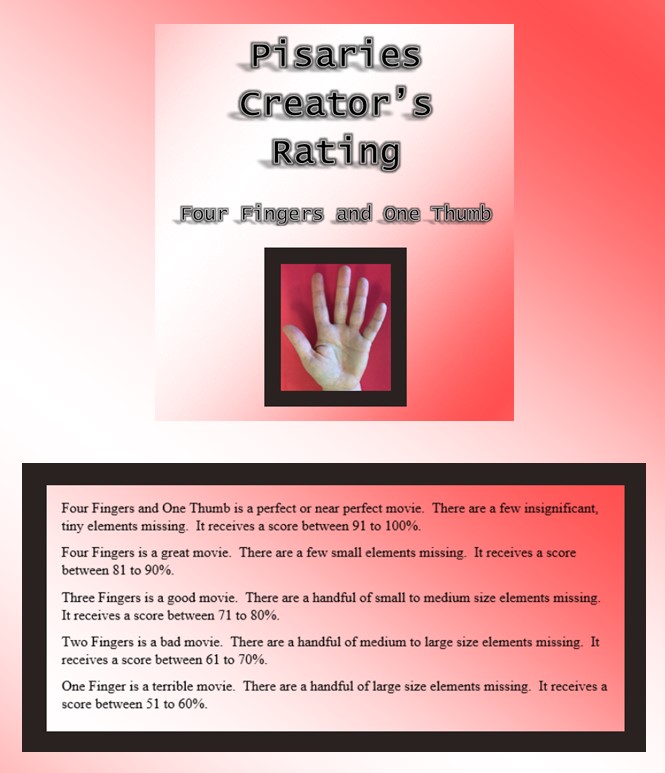