Quote from Bad Times at the El Royale by Laramie Seymour Sullivan: “I always wanted to stay in the honeymoon suite, even though I’m not currently on my honeymoon.” 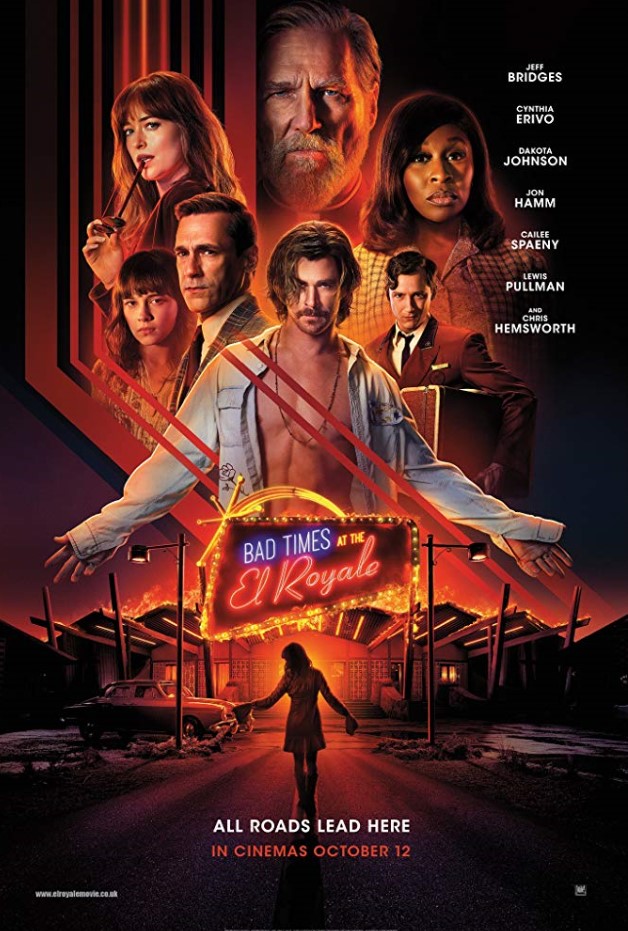 I had every intention of seeing this last year and in the theater.  That did not happen, so I watched from my futon instead.   Based on the movie title, you get the basic gist of the script.  Things aren’t going to turn out well for the characters involved, but what happens to whom and why it happens is not so easy to guess.  Bad Times at the El Royale definitely piqued my interest from the start.  The movie began in such a strong fashion that it couldn’t get any better.  I haven’t seen that strong opening of a movie in a while.  Although many of the scenes are filled with intensity, whether understated or blatantly, there was just the right minimum dose of comedy.  It’s primarily executed by Jeff Bridges because he’s that damn good, but the set of lungs on Cynthia Erivo is equally captivating.  The characters involved continue to reveal their motives until the end, so yes it keeps your attention.

People Behind the Scenes 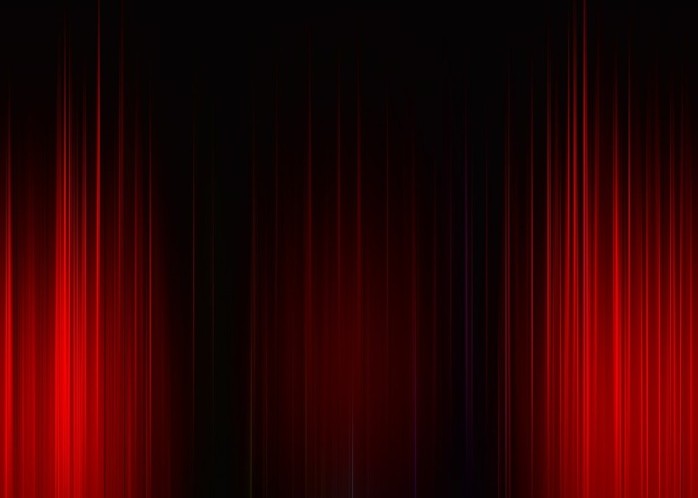 Bad Times as the El Royale is about strangers needing to protect their interests and secrets at the El Royale, which is a hotel on the California and Nevada border.  This is a Goddard Textiles and TSG Entertainment production and is distributed by 20th Century Fox.  It is directed and produced by Drew Goddard as well as written by Goddard and Jeremy Latcham.  The main cast includes Jeff Bridges as Daniel Flynn, Cynthia Erivo as Darlene Sweet. Dakota Johnson as Emily Summerspring, Cailee Spaeny as Rose Summerspring, Jon Hamm as Laramie Seymour Sullivan, Lewis Pullman as Miles Miller, and Chris Hemsworth as Billy Lee.  It has a running time of 2 hours and 21 minutes.  It has a R rating for strong violence, language, some drug content and brief nudity.

Summary of Bad Times at the El Royale

Remember 1969?  I don’t because I wasn’t even born yet.  But, for those who were, the movie takes place in 1969 at the El Royale.  The hotel is something of a sad-looking place, and the only person working there is a young man named Miles Miller.  He looks to be in high school, but he’s not.  We are first introduced to Laramie as he’s intent to have a specific room, and makes sure to greet the guests arriving after him with a swift nod and short statements.  The sort of duo pair of Daniel, a priest, and Darlene, a singer, arrives for different reasons.  They strike up a friendship until Daniel missteps with Darlene’s generosity.  This leads to further development for the purpose for Laramie’s visit and insight into the reason why Emily and Cailee are there as the rain continues to pour down on Darlene.  Miles now finds himself in a predicament as we are given a little more information when a previous scene is now viewed from a different angle.  Things are picking up speed as back story of Billy Lee is shown, as well as the harsh reality of being a female singer in a man’s world.  The El Royale gains a few more patrons when cult members show up.  As more secrets are revealed, the more people have to prove their worthiness and skills.

The overall idea of Bad Times at the El Royale was what made this movie great.  The location between California and Nevada including the higher cost if you rented a room on California’s side set the tone.  The characters didn’t care what side they were on, but to one person it did and that was Miles.  He was the center of the movie whether he liked it or not, and nine times out of ten, he wanted to be left alone.  Hence why I found him to the be most secretive even until the end.  I liked this movie in that there wasn’t overexplanation even with back story.  Goddard unveiled just enough for you to understand where the characters were coming from and why they made the decisions they did.  It didn’t pull you out of the present too much.  It was basically necessary instead of posing as filler.  Given the heavy subject matter, it was presented in such a way where it didn’t weigh you down either.

I recommend this movie, but my one complaint is the ending and some of the pacing.  It opened in such a great way and kept its speed 3/4 of the way.  It was at the last quarter where it got muddled.  I understood Billy Lee’s need to control people, but his presence seemed a little underwhelming when he finally did appear.  Call me crazy but I wanted Chris Hemsworth to do less dancing and more action.  Then again, it did take place in 1969.  His entrance did allow me to change my view of Emily and Rose.  Given the relationship that formed between Daniel and Darlene, I think there could have been an alternative ending.  I personally wanted it to be grittier, maybe setting up a possible danger, but not knowing how it would translate because there would no sequel.  There you have it.  My review of Bad Times at El Royale.  Now onto the other question of  California or Nevada?  My answer is neither because if given a chance, I’d visit a state I’ve never been.  And, sorry Nebraska, but you’re not one of them.

I give Bad Times at the El Royale Four Fingers at 90%. 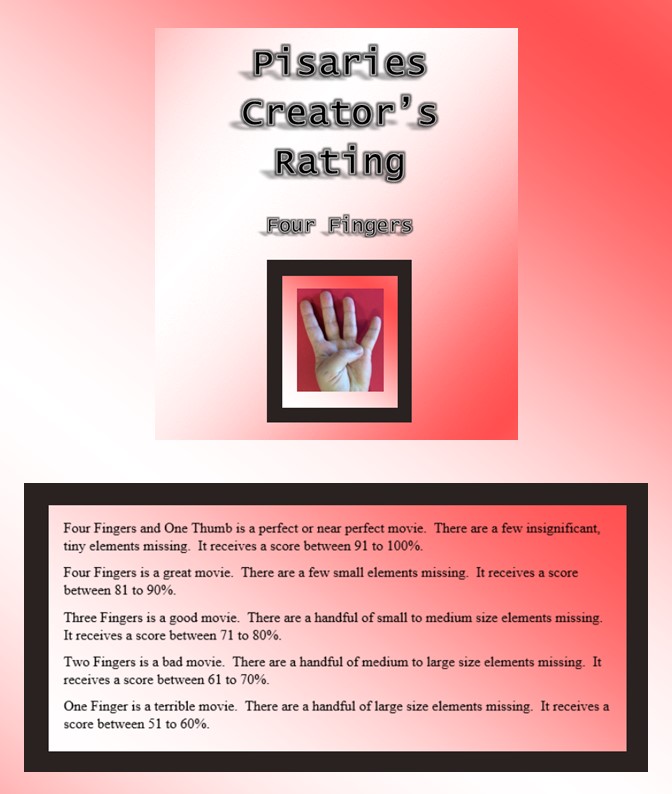