This part covers the main players for and against the Mob.  The Mob members were eventually forced to accept their fate, although they had some unique methods of not cooperating with the law, mainly by keeping their mouths shut and eyes closed.  As we all know, they didn’t lose sleep taking out members when it had to be done to protect the family businesses and with great severity.  There are homicides that will probably never be solved and/or with conspiracy theories until the end of time as in the murders of Jimmy Hoffa and John F. Kennedy.  There was a great picture of Hoffa and RFK together, but I couldn’t post it due to copyright laws so moral of this post is go see the exhibit yourself if you can.

The various weapons used to whack a person who was eating or drinking at the time because it seemed to me the bosses wanted them killed when they least expected it.  Then again, I’m sure there is an equal amount of members who weren’t all that surprised either and accepted their fate. 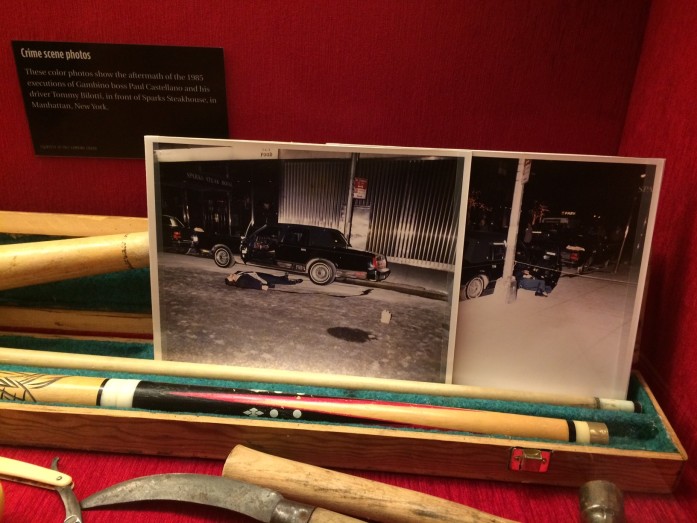 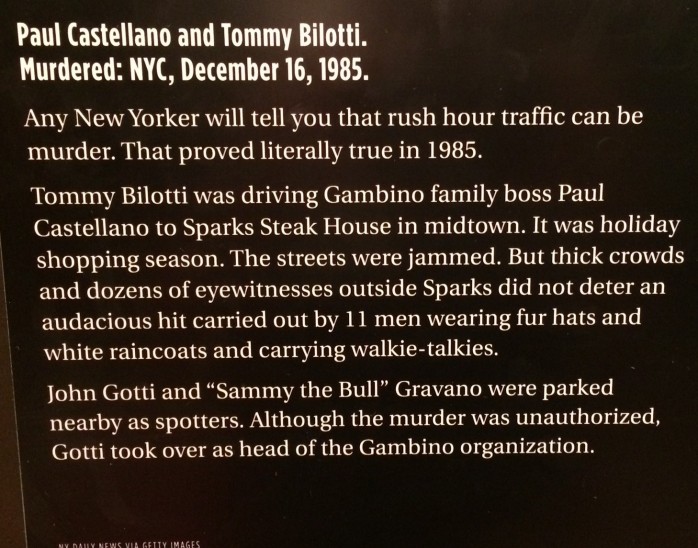 No one likes a rat especially one that keeps coming back again. 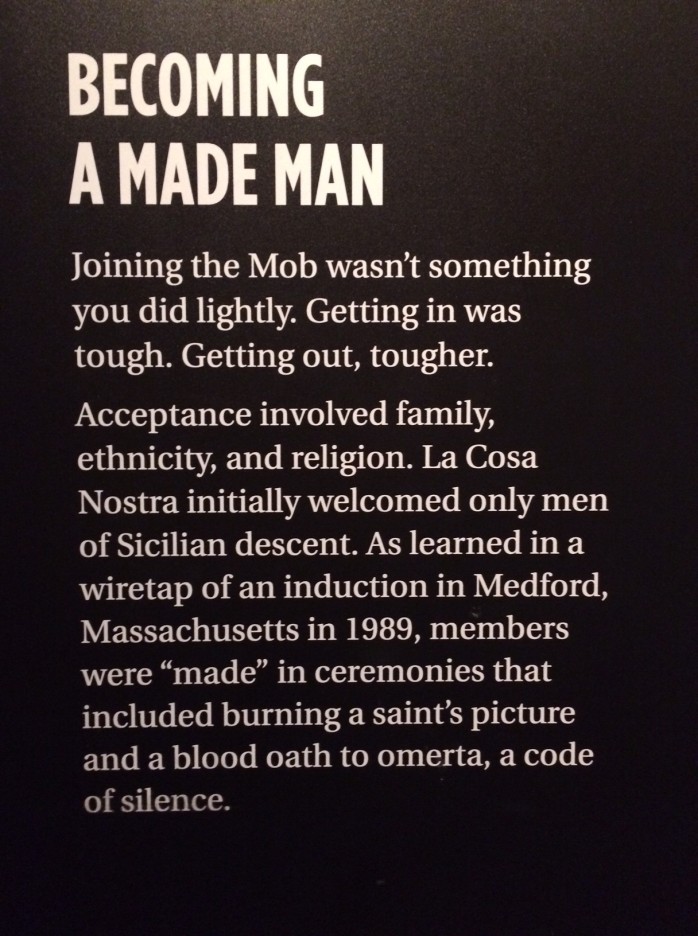 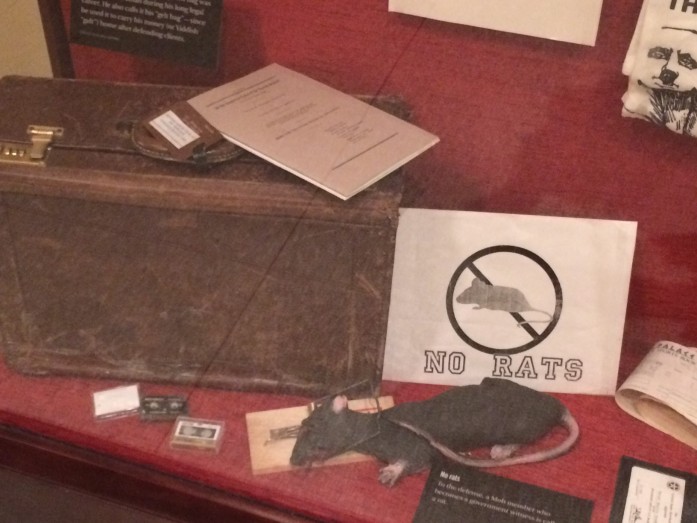 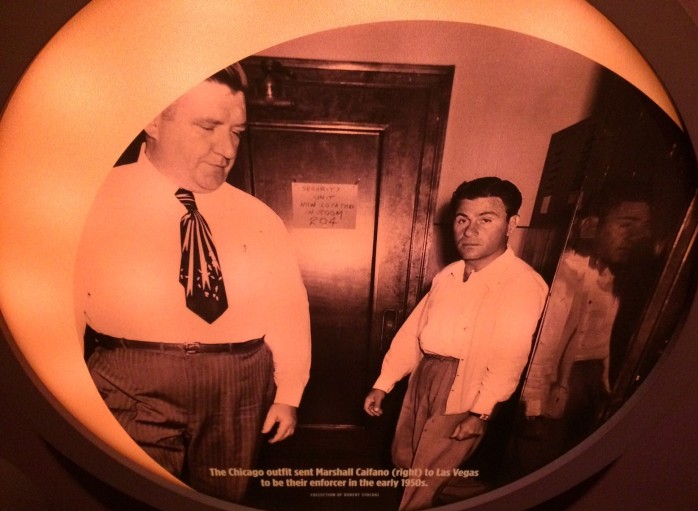 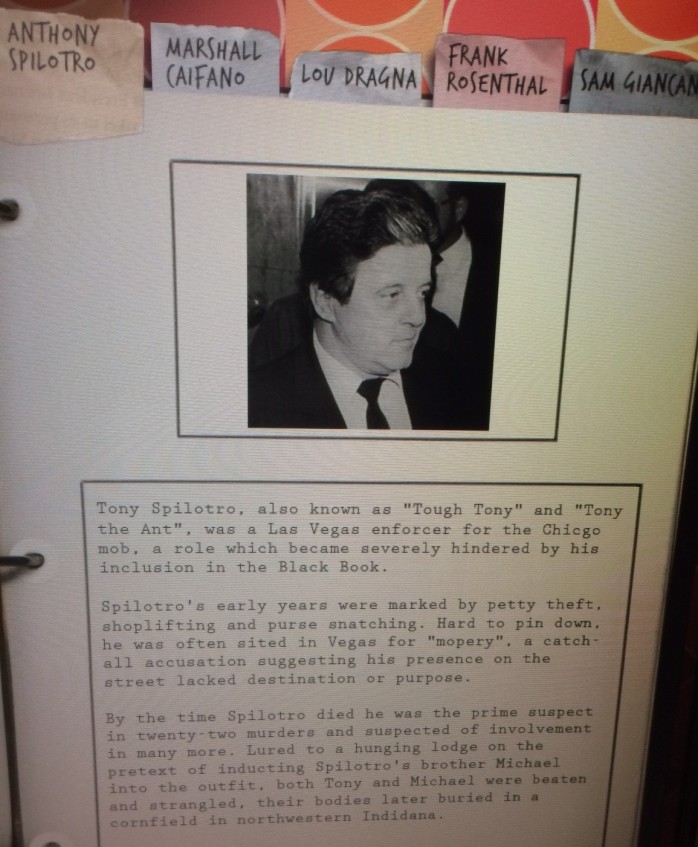 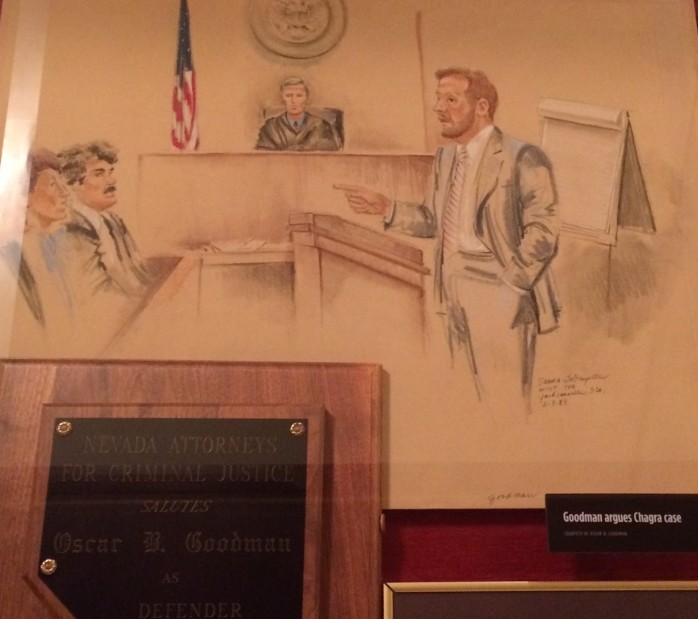 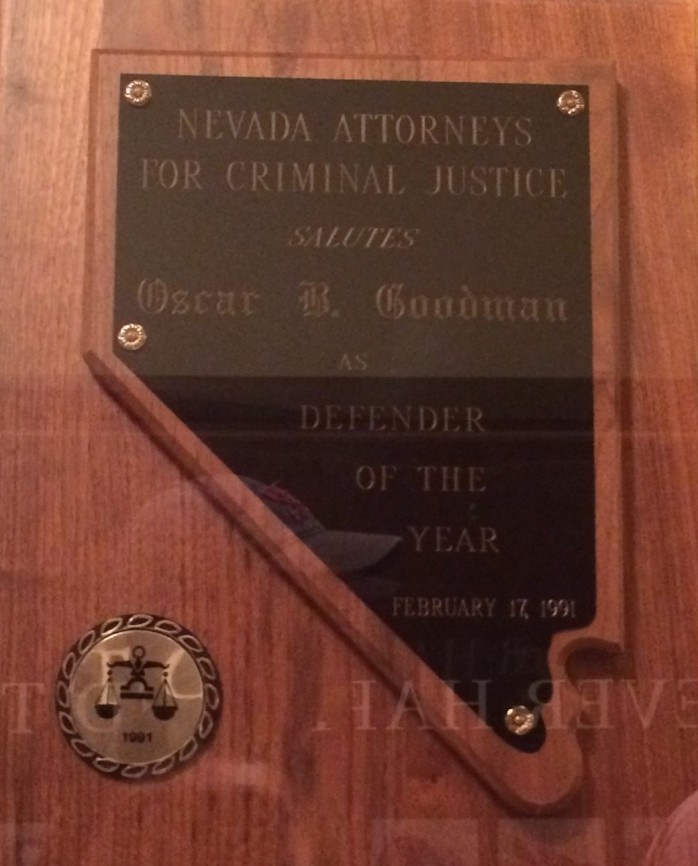 Kefauver held publicized hearings for those who had televisions to watch them. 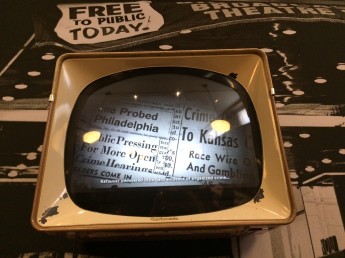 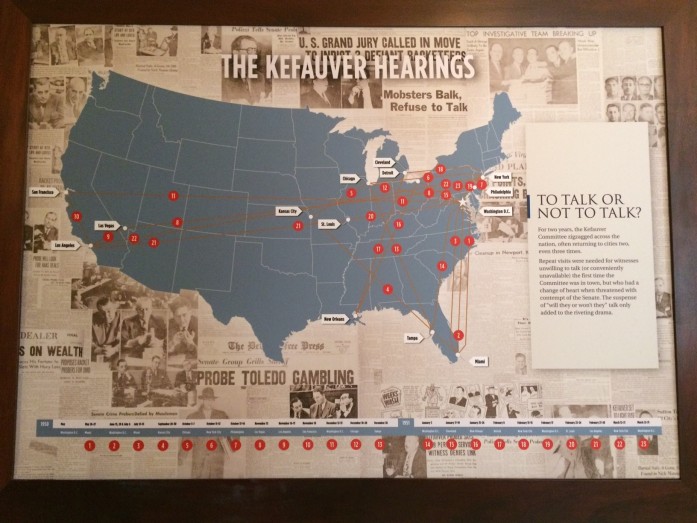 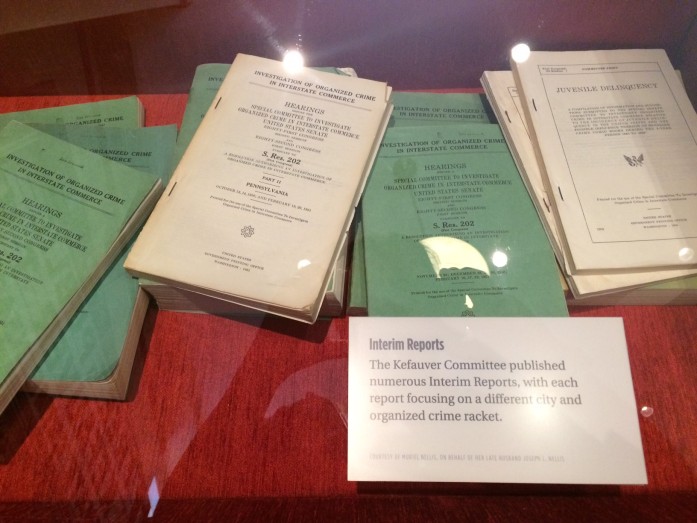 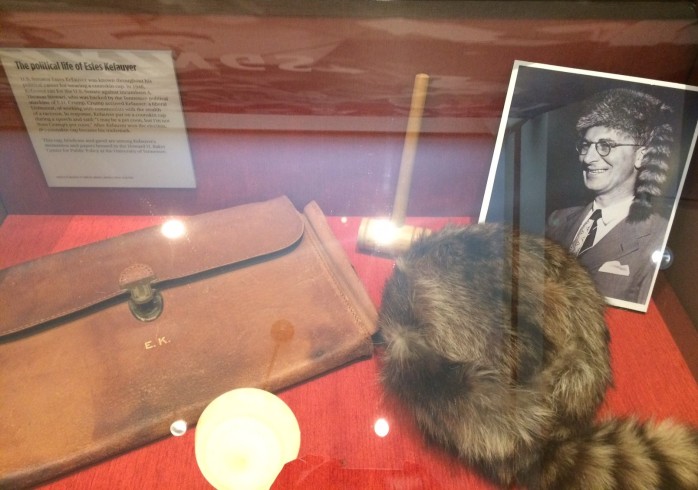 The once federal courthouse that was restored to its original appearance in which I sat and watched a video rendition of the court proceedings. 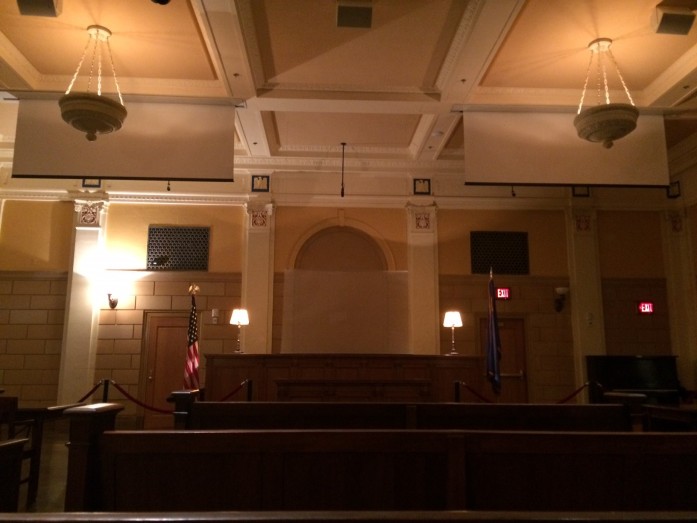 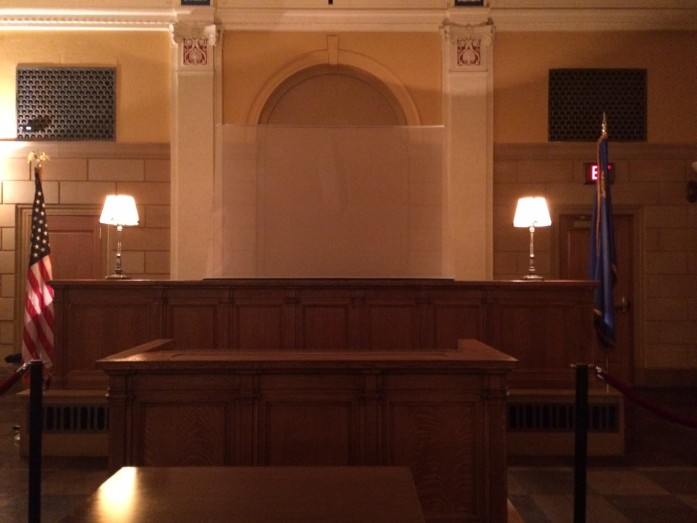 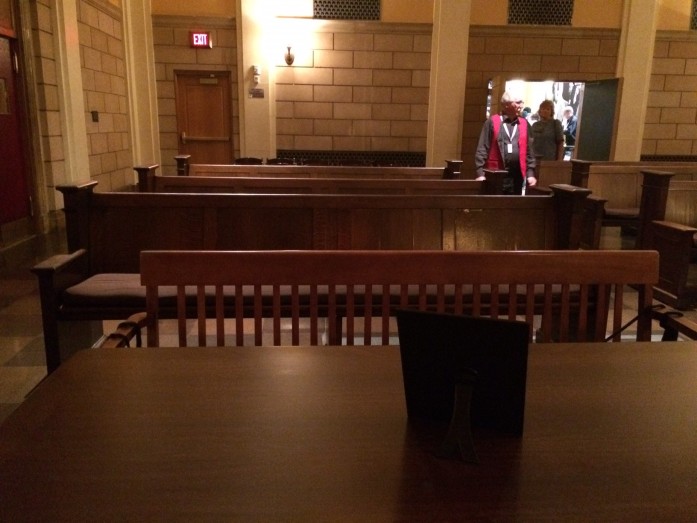 There are five places mobsters can go in the end. 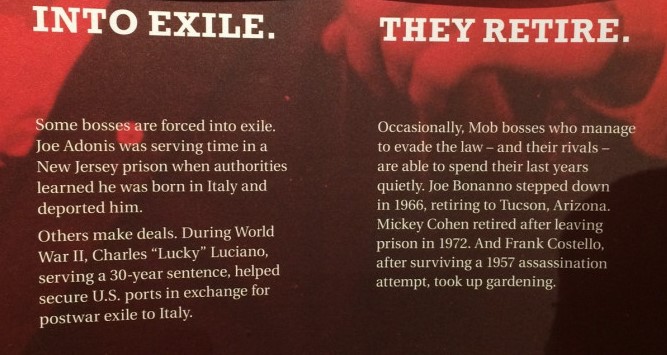 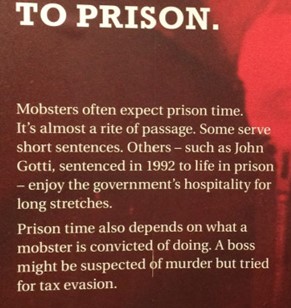