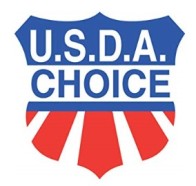 What’s the difference between the USDA and USFDA.  Here’s a quick breakdown of what each one does.  Both regulate food safety and supply, but there are still issues in both agencies as I will touch on briefly.  The USDA stands for U.S. Department of Agriculture.  They are responsible for making sure food is safe to eat.  Think domestic and imported meat and poultry except game meat.  It also includes meat and poultry containing stews, pizza, and frozen foods, processed egg products that are liquid, frozen, or dried, and catfish.  There are three Acts that give the USDA inspection power. They are the Federal Meat Inspection Act, the Poultry Products Inspection Act, and the Eggs Products Inspection Act.  They also develop policies to help farms, ranchers, agriculture, and forestry.

The USFDA stands for U.S. Food and Drug Administration.  They are responsible for regulating food safety as it makes its way from farms to tables.  Their focus is on farms, food manufacturing and processing, and retail food establishments.  The USFDA oversees about 80% of our food supply including game meats, seafood, shell eggs and egg containing products, bottled water, wine beverages with less than 7% alcohol, and all domestic and imported food sold across state lines with exception of meat, poultry, and catfish.  It is responsible for recalling of unsafe food, establishment of production standards, inspection of food production, and implementing regulations with state collaboration.  They also regulate and supervise tobacco products, dietary supplements, medication, vaccines, sanitation on interstate travel, and more.

While it’s good these two departments regulate what they are intended to regulate on paper, there comes a point in time when who’s regulating the regulators.  The USFDA’s  enforcement of laws to protect the consumers isn’t always noticeable.  Who are they really thinking about when drug costs increase and obesity continues to be a major problem in the U.S.?  The biggest failure of the USDA are countless health and safety violations in slaughter houses.  Beside the animal cruelty part of it from stressed workers and the process itself, you’re probably going to be eating tainted meat more than once in your life whether it’s cancerous, with fecal matter (human as well), and hormones.  Those USDA stickers don’t mean so much by the end.  The U.S. Centers for Disease Control and Prevention says 1 in 6 Americans suffer from food-borne illnesses each year.  I realize vegetables aren’t immune to being tainted either.  I’ve gotten sick off a few salads, but this screams to me a bigger question and that is how expendable have we become to others?

I realize this is relatively short and I could go on, but I won’t.  This is food for thought along the way.  Among the many issues facing the U.S. right now, this is one of them.  Every country has problems, but how we get from A to Z remains unsolved. Until then, I guess I won’t carry the weight of the world on my shoulders and try to remember to enjoy life.

← Random Mid July Quotes About Writing and Emotions
Book Recommendation for Writers: Revision & Self-Editing and a Few Quotes about Writing by Writers →