“I”m not great at the advice.  Can I interest you in a sarcastic comment?”

I had been meaning to compile a list of my favorite episodes of Friends since last year and then the whole David Schwimmer debacle happened recently where a Living Single actress, Erika Alexander (I remember her from later The Cosby Show episodes as Pam Tucker) commented on his unawareness the show she was in came before his.   I’m sure the creators gleaned some inspiration from it, but this doesn’t deny the humor and comical genius of Matthew Perry, Courtney Cox, and David Schwimmer as well as Jennifer Aniston, Matt LeBlanc, and Lisa Kudrow.  I watched this show to laugh although the first season was not as funny compared to the later ones.  Here are my favorite episodes from every season and what I think showcases the best one for all the six major actors/actresses.  The characters were Chandler Bing played by Matthew Perry, Monica Geller played by Courteney Cox, and Dr. Ross Geller by David Schwimmer, Rachel Green by Jennifer Aniston, Phoebe Buffay by Lisa Kudrow, and Joey Tribbiani by Matt LeBlanc.

Season 1 = “The One with the Birth” is the 23rd episode Ross’s ex-wife, Carol, goes into labor.  Meanwhile, Ross gets locked in a closet with Carol’s wife, Susan, and Phoebe while Joey helps a single woman in labor who is played by Leah Remini.  It aired first on May 11, 1995.

Season 2 = “The One Where Eddie Won’t Go” is the 19th episode where Chandler’s weird, new roommate won’t leave.  Eddie says he will move out but never does and is played by Adam Goldberg.  This forces Chandler to devise a plan using Eddie’s own forgetfulness against him.  It aired on March 28, 1996.

Season 4 = “The One with the Jellyfish” is the 1st episode where Ross has trouble picking between Rachel or Bonnie.  Monica also gets stung by a jellyfish and Phoebe is angry to find out who her biological mother really is.  It aired on September 25, 1997.

Season 5 = “The One with the Cop” is the 16th episode where Phoebe impersonates a police officer and then goes on a date with him.  Ross also decides he can carry a bulky couch up the stairs with Rachel and Chandler’s help.   It aired on February 25, 1999.

Season 6 = “The One Where Joey Loses His Insurance” is the 4th episode where Joey has a hernia, but can’t go to the doctor because he has no health care benefits.  Meanwhile, Ross overcompensates by taking on an English accent while teaching.  It aired on October 14, 1999.

Season 7 = “The One with the Nap Partners” is the 6th episode where Joey and Ross like to take naps together.  Phoebe and Rachel also both want to the Monica’s maid of honor.  It aired on November 9, 2000.

Season 8 = “The One with the Rumor” is the 9th episode where Rachel finds out a high school friend of Ross’s hates her over Thanksgiving dinner.  Will who is played by Brad Pitt tells her the reason why.  It aired on November 27, 2001.

Season 9 = “The One with Memorial Service” is the 17th episode where Ross and Chandler post false information about each other.  Chandler has come out as gay while Ross is now dead.  Joey still has attachment issues with his penguin called Hugsy.  It aired on March 13, 2003.

Season 10 = “The One with the Birth Mother” is the 13th episode where Phoebe tries to teach Joey French, Ross and Rachel still have a connection, and Erica visits Chandler and Monica.  It aired on February 19, 2004.

Best episode of Chandler Bing played by Matthew Perry is the 9th episode in season ten.  It is titled “The One with the Birth Mother” where Chandler convinces Erica played by Anna Faris to allow them to still be parents of her child.  It aired on January 8, 2004.

Best episode of Monica Geller played by Courteney Cox is the 13th episode in season five.  It is titled “One with Rachel’s Sister” where Monica won’t admit she is sick much to Chandler’s disgust.  It aired on February 3, 2002.

Best episode of Dr. Ross Geller played by David Schwimmer is 22nd episode in season three.  It is titled “The One with the Screamer” where Ross is on the receiving end of Rachel’s date Tommy played by Ben Stiller.  It aired on April 24, 1997.

Best episode of Rachel Green played by Jennifer Aniston is the 11th episode in season nine.  It is titled “The One Where Rachel Goes Back to Work” where Rachel finds a replacement at her desk played by Dermot Mulroney.  It aired on January 9, 2003.

Best episode of Phoebe Buffay played by Lisa Kudrow is the 14th episode in season five.  It is titled “The One Where Everybody Finds Out” where Phoebe challenges Chandler’s feelings for her.  It aired on February 11, 1999.

Best episode of Joey Tribbiani played by Matt LeBlanc is  the 15th episode in season nine.  It is titled “The One with Joey’s New Brain” where Joey finds out his brain is no longer of use on Days of our Lives and neither is Ceclilia Monroe played by Susan Sarandon.  It aired on February 15, 2001.

I rate Friends Four Fingers and One Thumb of NEAR PERFECT at 95%. 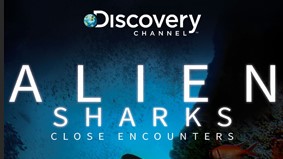