Quote by Conan O’Brien: “It is our failure to become our perceived ideal that ultimately defines us and makes us unique.  It’s not easy, but if you accept your misfortune and handle it right, your perceived failure can be a catalyst for profound re-invention.” 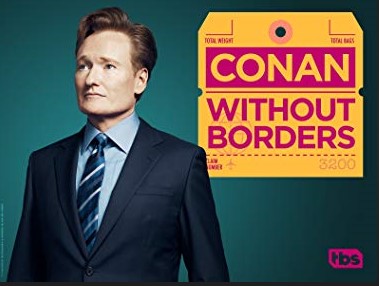 When Conan O’Brien was fired from The Tonight Show and replaced by (head scratcher) Jay Leno, it was clear what side people took.  They were either glad and relieved Leno was back or annoyed and irritated Leno was back.  I’m not too much into watching comedy routines, but I know a good comedian when I see one.  NBC should have kept Conan.  Going even further back, NBC should have given it to David Letterman.  Switching networks now, I miss the Top Ten List and Stupid Pet Tricks, but I’ll take Stephen Colbert.

Moving onto different things, Conan then began his own show on TBS titled Conan (2010-) with an hour show until in January 2019 where it is now 30 minutes to include other ways of reaching his fans through live touring, podcasting, and digital content.  He’s basically evolving his comedic vision and outreach.  He recently went and came back from Ghana for his next episode of Conan Without Borders.  These specialized shows are all great, but the trip to Italy with his Associate Producer, Jordan Schlansky, was hilarious.  While I wish his time at The Tonight Show lasted beyond 2009 (has it already been 10 years?), it’s clear Conan’s not leaving anytime soon.  No matter where he is, he’s funny especially in Italy.