Flash Fiction: Where Are You? 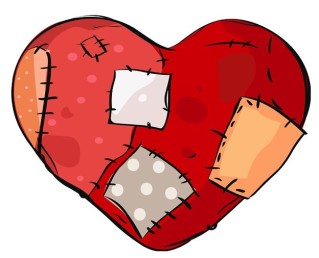 Trina knew it was easy to chase someone down when that person had wronged you.  She also knew it was harder to leave the person alone when you were right all along. This was what she was dealt when her brain stopped overthinking.  It was wet outside.  Her feet were cold and the words she said prior to the realization of his errors made her tighten her leg muscles.  These unforgivable words with hurtful meanings made her feel even colder and this hatred might never have a chance to die.  She was secretly heartbroken when she hopped in her car to chase after him.

That was her knee she banged on the coffee table when she stepped into her living room without any lights later that night.  It sent her into a rage, overturning the table and the contents on it.  Her legs burned as  she sat for an hour, in the same position, stunned at how her rage had gotten the best of her in the dark.  When she stood, the opening in her heart that made her feel rotten closed up.  Her body stiffened as her legs before and it was time to sleep.

The next morning her right index finger hurt and not because she banged it on the edge of something.   She could not remember what had happened to it.  Maybe, when she picked up the upside-down table and hurled it across the room?  Maybe, when she slapped the refrigerator door because it didn’t shut as quickly as she wanted.  “You’re a fucking psycho.  I didn’t sign up for this shit,” he yelled.  These were the last words she heard as he drove away.  She never caught to him and had no idea where he had gone.  She found herself driving up and down streets, thinking God was on her side, that a miracle would occur.  It never did and eventually she stopped by a liquor store.

When the table collided with the picture of him, she vowed to keep no matter what happened between them, she was adamant he had little awareness of how selfish he had become.  “It wasn’t my fault he ran away scared.  A real man would stay and fight for me.”  She wanted answers and would make a surprise visit to his house by early afternoon.  This was the least he owed her for him leaving.  She fished for her Android in her purse and scrolled through her contacts to his name.  Her right index finger hovered over the phone button knowing she would never get the satisfaction she deserved.

← Between Gnomes and Cupcakes
Weekly Facts #4 →